Welcome to “The End to End eCommerce Playbook” hosted by Maginus (a Naveo Commerce company). We’ll share tips, tactics and real customer insights to help you take your online business to the next level.

If you’re relying only on word of mouth for new customers or think that your customers don’t want to buy online you’re missing out.

If you’re viewing this page in an Edge browser, you can listen to the podcast on Spotify. Simply click on the button below.

You might be wondering why our podcasts mention Maginus…. Digital Goodie acquired Maginus back in December 2019. The two products have now combined and in September 2020 Naveo Commerce was born!

So what about the elephant in the room? So keeping distributors happy and maintaining control. There’s three ways to do this or three ways that I’ve done in the past which is 1. stage releases, 2. partial releases and 3. exclusive releases.

So, stage releases – you have MPD and NPI launched over different channels at different times.

You have partial releases which is individual SKU’s released on some channels but not on others.

Then you also have exclusive releases where you would have an exclusive product line which would only go to certain channels.

So again back to Tommee Tippee for an example of this.

In a first example which is a stage release – you may have your direct consumer release which could be one week, three weeks or ten weeks before the retailer release and all of the models within the range will get released on the the retailer site at the that time.

The next option is the partial release – so you’ll have a direct consumer release and the retail release at the same time but you hold back unique SKU’s, it could be certain colourways, it could be an enhanced version of the product with a better feature. It totally depends on your how your business operates and your catalogue.

Then the next one is the exclusive release which is where only the Direct-to-Consumer channel would have the product line and the retailer wouldn’t get it.

Now depending on how aggressive you are in your approach to Direct-to-Consumer you can actually just flip this model on its head and actually you would initiate the retailer release first. So you would support your retailers then launch later on your D2C – to show your commitment to them and then realise that Direct-to-Consumer benefit. You can do the partial release where you would only have core lines yourself and you can also do the exclusive release with your retailers and then just have the classic “find a retailer” link.

Now there are reasons why you would do this the other way round. First of all is to be less aggressive but also in terms of the exclusive releases it may be because you sell something like a pram or a car seat that requires either some kind of fitting or requires some kind of practical demonstration and the customers don’t yet have the confidence to buy that product online.

So, with all that in mind, what are the top ten considerations for starting a Direct-to-Consumer channel?

When Maginus asked me to do the top 10, I started off thinking what would be the considerations, but actually when I think back specifically to what are the considerations that a B2B business has to take into account over one say going fresh into D2C as a start-up? The considerations that you need to be most worried over the differences between trading between B2B and B2C – so the content style and tone of voice – it’s very different. A lot of you guys who are in B2B will be used to sending out spec sheets, talking about what support you can give in store – just as much as the product itself. Whereas customers need to know about their real-life use cases.

Number two – is understanding where the consumer lives? This is the difference between going out and finding your customers – your retailers on LinkedIn versus your consumers on Facebook or Instagram, TikTok or you know depending on where your demographic is.

Forecasting – Forecasting becomes very different because your selling stock one item at a time and in some cases you’re selling it with different minimum orders. So for example you might be selling a bundle with five products but those five products are also available individually. You need to have a different thought process with your forecasting to deal with that incremental sales style.

The next thing is packaging – so obviously customers expect that brand proposition and the packaging is all part of that experience of receiving and communicating with the brand. That’s very, very different to having a pallet with a number of products on top.

Then there’s also warehousing and logistics which I think is probably one of the most obvious ones but something to check is that… a case study that I had recently with a well-known adult product manufacturer…. is that they had a really good relationship with DPD, but actually DPD have a completely separate department that deals with deliveries to home. So, actually their economies of scale that they had and were getting a great price on B2B – was not then reflected instantly [in their B2C model] because it’s on a totally separate P&L and that’s just the way that logistics companies work.

Marketing conflict – So the other interesting thing here. This is probably where, as far as the customer is concerned, you become a competitor with your own retailers. For example, and this is a very real case study, is Mothercare. Mothercare used to bid on Tommee Tippee as a keyword with Google AdWords. So when they’re doing that – and then we were doing that – it actually drove the price of the click up and that doesn’t benefit anybody but Google. Being aware of trying to be really clever about your keyword strategy because your retailers will not be being clever. They’ll be going for the obvious stuff because they’ve got a thousand categories and whatever else to try and manage.

The last one I think it is payment handling and refunds. So being able to process payment handling. Think about that early on. Look at which of the payment gateways is right for you based on the services that they provide and also the regions that they’re active in. Also having a refund process as well. A lot of customers want to be refunded back to the card that they bought on for example. They don’t just want to be sent a check in the post or have a credit memo sent – that a lot of B2B customers would would be accepting of.

Oh and the final one is taxation. So if you are operating internationally have a good taxation plan upfront. For those of you who have ever traveled in America. Personally, you’ll know that the place is an absolute minefield for taxation laws. So you know it’s not something that necessarily has to be an issue.

I don’t see any of these as barriers to entry they’re just things that if you can start to talk about them early, then your life will be a breeze. When you leave these things to last – because you haven’t had visibility or awareness of them – then actually that’s when you start to get some complications in the process.

That’s it – so thank you very much for listening.

Direct to Consumer Ecommerce in a Post-Covid19 Landscape

In this 32-page report, you’ll learn how established brands are adopting a D2C eCommerce model. Success stories from Nike, Glossier and Farrow & Ball. Plus, how to safeguard your position in the market. Click here to download the full report. 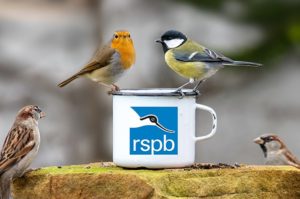 In this podcast we chat to Wayne Martin, Operations Manager at RSPB about the impact of the Covid crisis on RSPB, how Naveo Commerce has helped them to handle a 250% spike in online orders, increase productivity AND keep workers safe. 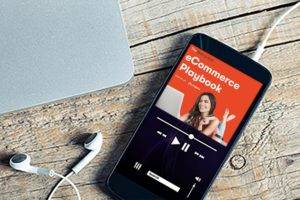 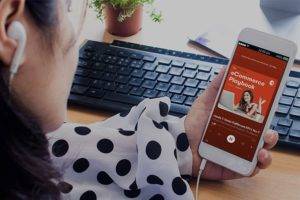 In this podcast, Tom Williams, Head of eCommerce, chats to Mel Tymm, Industry Principal about the impact of the Covid crisis on buying behaviour, how eCommerce businesses can tackle increased online orders and 3 essential KPI’s you can’t ignore.